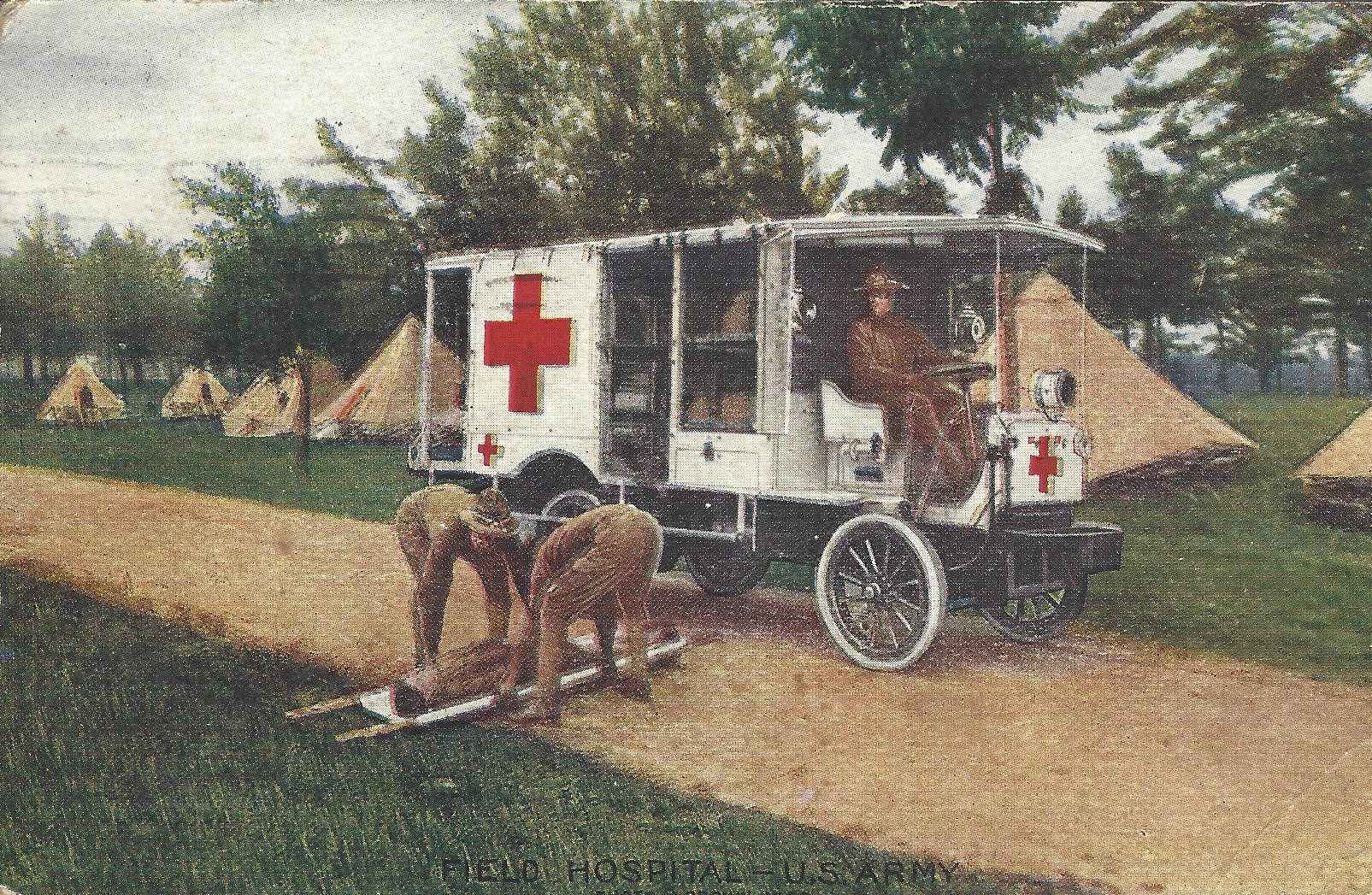 World War I & The Influenza Pandemic of 1918

What strange times we’re living in, yeah? I had imagined that I’d eventually write about the Influenza Pandemic of 1918-1919 (or “Spanish Flu”) because it was so intertwined with the first World War; but I did not imagine that we’d be living through our own pandemic when I did. However, I think there is some solace in knowing that our recent ancestors experienced the same range of emotions we’re likely all feeling right now and a curiosity as to how their lives were affected by the pandemic of their time.

In the spring of 1918 when the first wave of influenza hit, the United States was still growing its army of able-bodied men to the two million needed for the trenches and battlefields of Europe; most of whom were still in training camps around the United States (read more: here and here). Each training camp contained anywhere from thirty to fifty thousand men who were all living in extremely close quarters. When soldiers and sailors arrived at training camps and bases, they were immediately screened for illnesses and inoculated against typhoid and typhus. But there were no diagnostic tools for influenza, and certainly no flu vaccination at the time – Dr. Jonas Salk, eventual developer of both the polio and flu vaccines, had only been born four years prior in 1914. When flu-like symptoms first began appearing, it was often accompanied by pneumonia, which was a leading cause of death for the time period. The combination of influenza and pneumonia was, in part, what made the virus so deadly; and the conditions in camps, on ships, and in trenches fostered the spread of the disease.

Many historians point to Camp Funston at Fort Riley, Kansas as one of the first epicenters of the virus for the Army. After a particularly cold winter in Kansas, the camp and its barracks buildings were over-crowded with men who didn’t have adequate winter clothing or blankets. When they began falling ill with flu-like symptoms, and also developing secondary pneumonia, the illness was labeled as pneumonia and it was not considered enough to quarantine the camp during a time of war. Troop movements continued in and out of Camp Funston; and shortly thereafter, those thousands of men were put on troop ships to cross the Atlantic. Twenty-four of the thirty-six major camps in the United States reported large flu outbreaks in the first wave.

During the second, and perhaps deadliest wave, in September 1918 (August 1918 in France) it was Camp Devens in Ayer, Massachusetts that was hit first. Within five days the virus had spread to Camp Upton, Long Island, New York. This was one of the Army’s main debarkation points for France,  where a group of replacement troops had departed to before Devens was quarantined. Within a month the influenza had spread along transportation routes to every camp in the country; with Camp Fremont in Palo Alto, California and Camp Lewis in American Lake, Washington being the last hit in early October 1918. It took about four weeks for each camp to overcome the virus and the second wave lasted until about mid-November, just after the Armistice was signed. During the second wave between 20-40% of Army and Navy personnel were affected and more soldiers (stationed in both the United States and France) fell to influenza than to the enemy during the duration of the war.

Today, it is because of the lessons learned from the influenza pandemic of 1918 that physicians and public health officials are able to set out guidelines and appropriate responses for the current health crisis. We can take solace in the fact that we continue to rise to meet the challenges, just as our ancestors did a little over 100 years ago.

Jennifer Latson, “What Made the Spanish Flu So Deadly?,” Time Magazine Online, 11 March 2015.

Peter C. Wever and Leo van Bergen, “Death from 1918 Pandemic Influenza During the First World War: A Perspective from Personal and Anecdotal Evidence,” Influenza and Other Respiratory Viruses 8(5) (September 2014): 538-546.