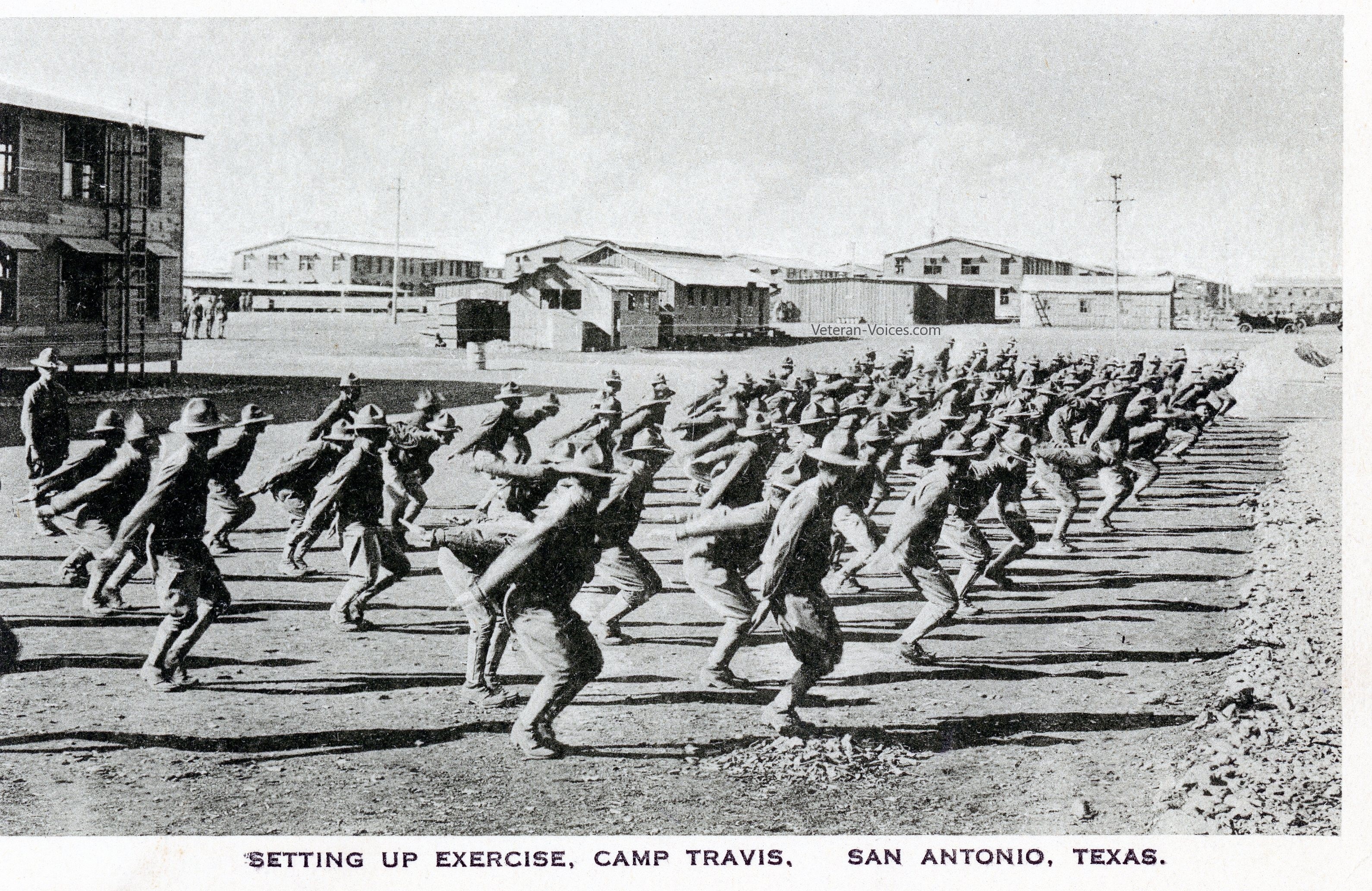 When the United States entered into World War I in April 1917, the United States’ Regular Army only had a strength of 108,000 men. And they was woefully unprepared to enter into a global conflict. When Congress declared war on April 6th, the War Department began a mass-mobilization effort to raise an Army of one million men to fight. The effort was primarily a two-pronged approach: federalize 16 existing National Guard Divisions and create 16 new Divisions, to be organized into the National Army. The National Army would be comprised of draftees, selected under the Selective Service Act of May 1917.

In order to train these men for war, preparations were made to open 34 camps, of which, the National Guard was designated 16 cantonments. These were usually expansions of existing camps, where they would be billeted in tents. The National Army was designated 16 cantonments. These cantonments would be new construction, where the men would be housed in wooden barracks. Some of these cantonments were established adjacent to existing permanent U.S. Army posts, such as Fort Riley (Kansas) and Fort Sam Houston (Texas). The following is a list of those 32 designated camps:

Many of these training camps were disassembled after the war. Because they were such an integral part of the World War I experience, we want to bring them back to life. Using postcards and photos from our collection, we’ve created the resource: World War I Training Camps, that we hope will help to provide context to research by providing a snapshot in time of these camps. The 32 camps above are listed with their locations, as well as a few others. This resource will be ever-evolving, as we add new photos and information, but as of right now 10 of the camps have a brief history, postcards, and additional reading links. Quick links below: