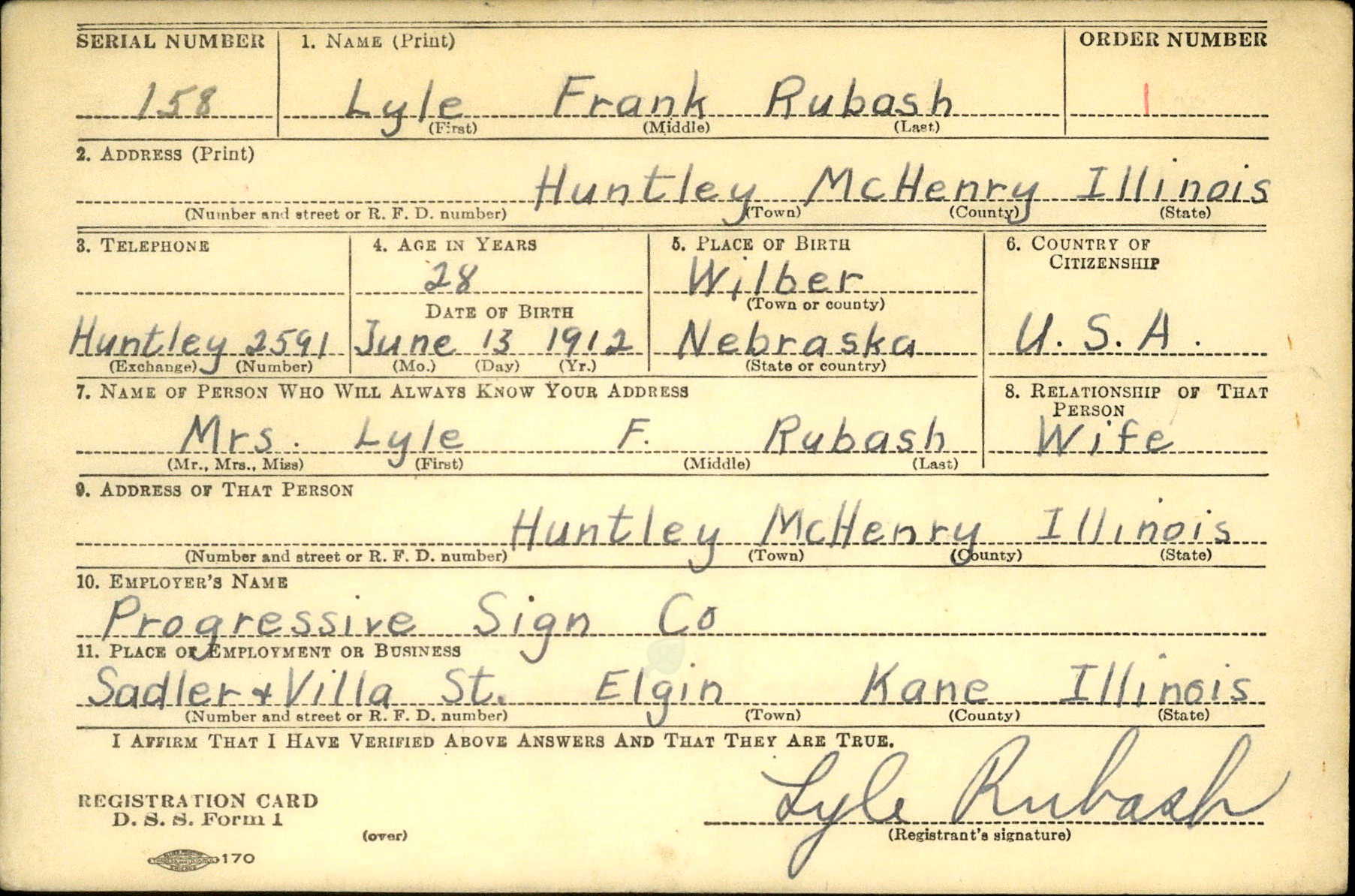 On 16 September 1940 the United States Congress, under the directive of President Franklin D. Roosevelt, passed the Selective Training and Service Act of 1940. It was the first peace-time draft in American history, although not unwarranted as both Europe and Japan were already in conflicts -France had fallen to the Nazis in June 1940 and night-time bombing raids of England (known as “The Blitz”) had just begun. America would still practice isolationism for another year until it was forced into the conflict by Japan with the bombing of Pearl Harbor, but there was a sense of inevitability building that the United States would enter the fray and, as with the first World War, the standing Armed Forces were not at the strength needed to go to war.

There were seven mass registration dates for the second World War:

Over forty-five million men registered for the draft and over ten million men were inducted into service between the years 1940 and 1946.

Two of the three national lotteries of World War II took place before 7 December 1941 and men who were inducted served for the period of one year of training. Once the United States officially declared war after the bombing of Pearl Harbor the terms were lengthened for service through the duration of the conflict. After the third national lottery ended induction was based on birth date.

Serial number 158 was the first number called in the first national lottery. Lyle Frank Rubash was one of two men with the number 158 in McHenry County, Illinois because there were two local draft boards within the county. Therefore, both men were assigned order number one which was marked in red on the top right of the card. Lyle’s registration card can be seen below:

The process for lottery selection and the information found on the draft card remained largely unchanged from the first World War (read about the process and information here), but the classification system for selected men grew more complex:

Although having a draft registration card did not automatically mean that man served during the war (a common misconception), the draft card can provide essential genealogical information and was the starting point in the military service of ten million men. The draft board classification lists which give the classifications of selected men and pertinent dates for physicals, calls to service, and other notations that can be used to reconstruct a military service file or provide additional information are available at National Archives facilities (these are not digitized).

Are you curious if one of your male ancestors was among the 45 million who registered for the World War II draft? Or would you like to obtain the classification records that corresponds to your ancestor’s draft card? Contact us at veteranvoicesresearch@gmail.com and we’ll help you get started!