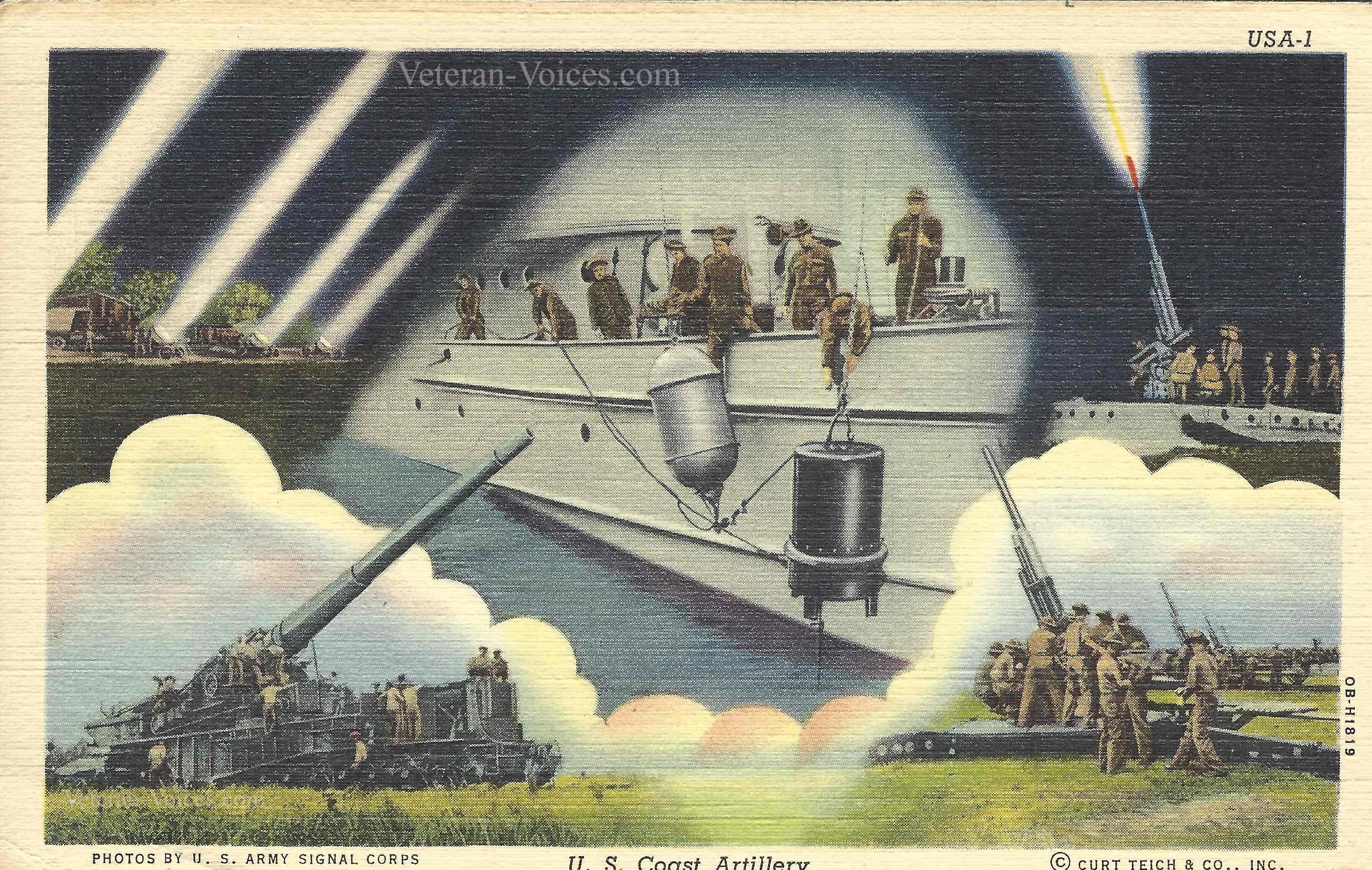 The United States Coast Artillery has a long history, beginning with the formation of the United States, that evolved from defending the home front to fighting in World Wars.

In the Army of the United States, the service of artillery is divided between two arms known as the Field Artillery and the Coast Artillery Corps.

The Coast Artillery Corps (CAC) includes all fixed artillery, all antiaircraft artillery, all railway artillery, all tractor-drawn artillery especially assigned for coast-defense purposes, all controlled submarine mine installations, and all subaqueous sound-ranging installations, together with the searchlights, power plants, communications, trains, and other accessories necessarily incident to the maintenance and tactical employment of these weapons. It consists of units of the Regular Army, of the National Guard, and of the Organized Reserves. Its mission is the attack of enemy naval vessels by means of artillery fire and submarine mines and the attack of enemy aircraft by means of fire from the ground.

A most comprehensive history can be found at the Coast Defense Study Group website. Rich with history, photographs, and downloadable resources, this site contains a wealth of knowledge regarding the United States Coast Artillery Corps (CAC).

Ready to learn more about your military ancestors?
Let us help you with our military research services.