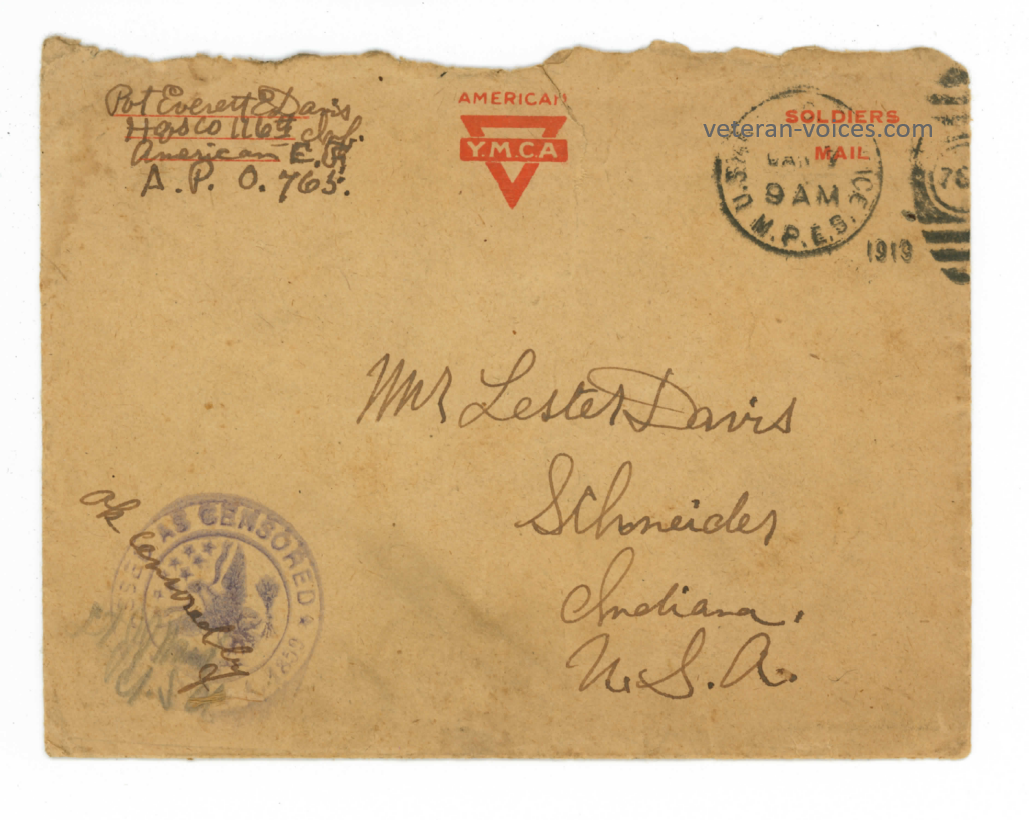 Will drop you a few lines to let you know I’m OK and hope these lines find you all the same. Yesterday was Christmas and a big day here for the Soldiers – plenty of liquor and wine. I saw more drunks yesterday in one day than I ever saw before in my life. This is one Christmas I will remember. I hope it will be my last one in France. We only drill half a day this week till after New Years. Lester, have never heard from you yet do not know if you have ever heard from me or not. Have wrote you about once a week – have never had any mail yet. Do not know when the 29th Division will get back to the States, none of the boys think we will soon get back, but I think it will be some time yet. We had about two inches of snow yesterday. It has rained every day for two months. The worst country for rain I have ever seen. Lester, let me know if Elmer had to go to the Army or not and if Russell is still in the Service. Charlie Reagan is still with me. I am at Serquey [Serqueux], France – have been here almost a month – the longest I have ever been in one place since I have been in France. Lester, take good care of Pap and the boys. Give my best regards to all my friends.

Everett Earl Davis of Schneider, Indiana had just turned 24 years old on Christmas Eve when he wrote this letter to his brother Lester. Everett was inducted into the Army on 20 September 1917 at Crown Point, Indiana. He was initially assigned to the 309th Engineers for the first month of his service, and then to Company I, 151st Infantry Regiment until June 1918. When he left the United States as part of the American Expeditionary Forces on 4 October 1918 he was assigned to the Headquarters Company, 151st Infantry Regiment, 38th Infantry Division. By December, when he wrote this letter, he was assigned to the Headquarters Company, 116th Infantry Regiment, 29th Infantry Division. He was correct in his writing, that it would take “some time yet” to get back to the States, and departed from Saint Nazaire, France on 9 May 1919. He was honorably discharged from the Army at Camp Sherman, Ohio on 2 June 1919.

Everett was born 24 December 1894, the son of Wilbur Davis and the oldest of four brothers which also included Elmer, Lester, and Raymond. He married Alma Clara Woodke on 19 November 1925 in Indiana and died on 15 March 1974.