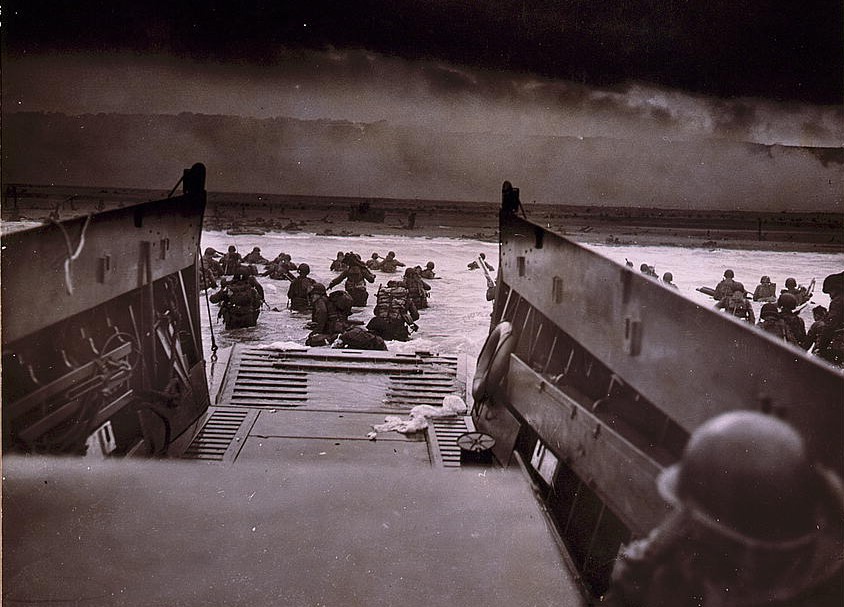 Battle Honors of the 116th Infantry Regiment on D-Day

On this 76th anniversary of the Allied Invasion of Normandy “D-Day” we wanted to share a transcript of the Battle Honors awarded to the 116th Infantry Regiment who were in the first wave on Omaha Beach and suffered some of the greatest casualties of the day.

The 116th Infantry Regiment is cited for extraordinary heroism and outstanding performance of duty in action in the initial assault on the northern coast of Normandy, France. On 6 June 1944, the 116th Infantry successfully attacked a heavily fortified and strongly defended beach in the vicinity of Vierville-Sur-Mer, France. The beach was fortified by mined underwater obstacles, bands of barbed wire, concrete walls, and land mines. It was strongly defended by enemy troops occupying pillboxes, trenches, and underground shelters. Defending troops were protected against the aerial and naval bombardment which preceded the assault, by deep and elaborate underground shelters which had been constructed in the hills and cliffs overlooking the beach. As elements of the 116th Infantry approached the beach in assault craft, they were met with withering fire from rifles, machine guns, mortars and 88mm guns, all of which were effectively employed at close range from enfilading positions in the cliffs overlooking the beach. In addition, the beach was subjected fire from enemy artillery and mortars which were inshore. In the face of this heavy fire, and in spite of suffering high losses, the 116th Infantry overcame the beach obstacles, took the enemy defended positions along the beach and cliffs, pushed through the mined area immediately in rear of the beach while still under heavy fire, and continued inshore to take its objective. The successful assault and landing of the 116th Infantry made possible the subsequent landings of other elements of the 29th Infantry Division, which landed behind it with only light losses. During its landing and assault of the beach positions, the 116th Infantry sustained more than 800 losses in officers and men.