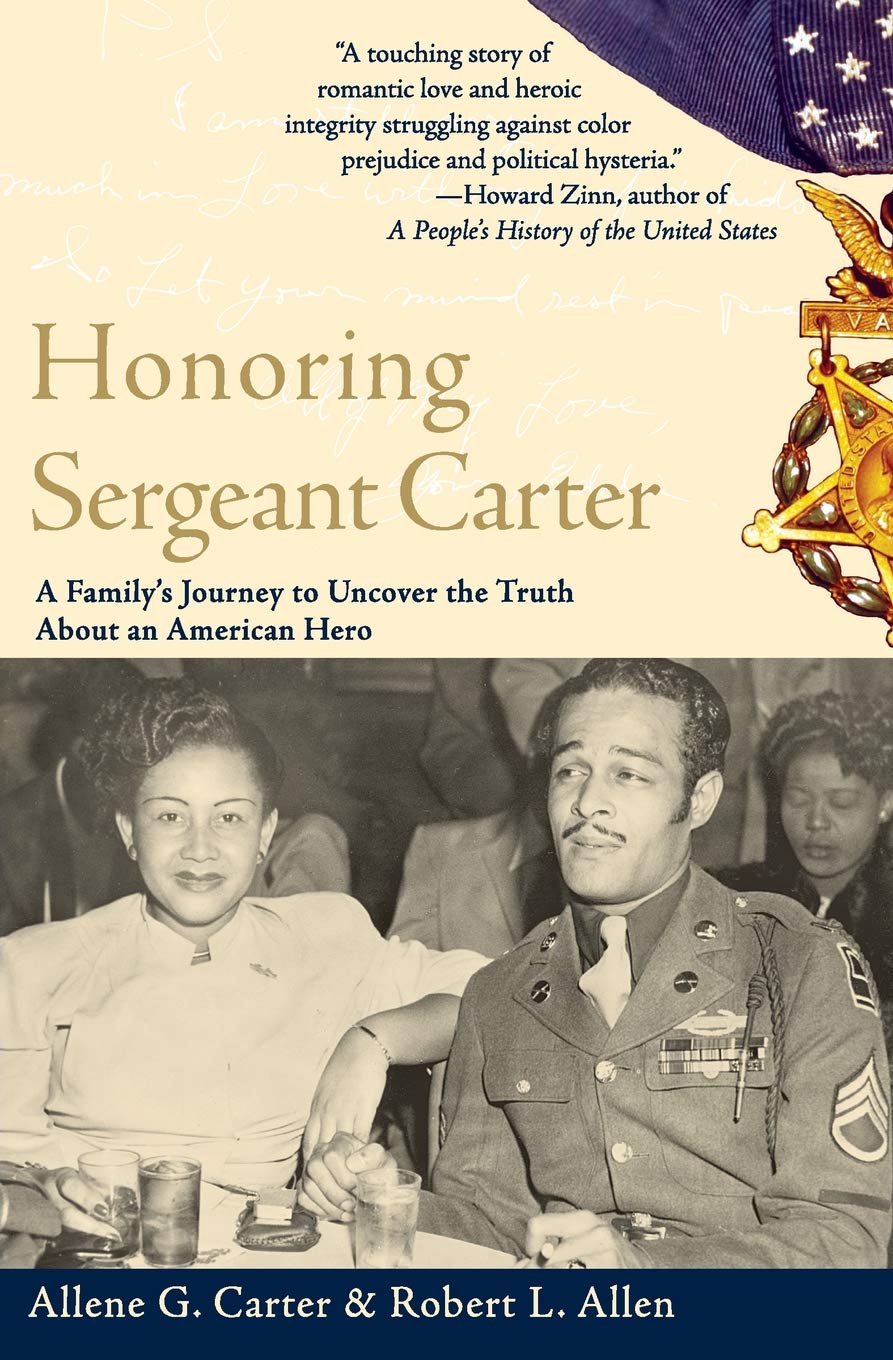 In honor of National Medal of Honor Day (March 25th), we wanted to share with you the book Honoring Sergeant Carter: A Family’s Journey to Uncover the Truth About an American Hero by Allene G. Carter & Robert L. Allen.

This book is the story of Medal of Honor recipient Sgt. Edward A. Carter, Jr., who was one of the African-American service members denied the Medal during World War II, and posthumously awarded by President Clinton in 1997.

Written by Carter’s daughter-in-law, Allene G. Carter, she shares the story of first discovering that Sgt. Carter was to be a Medal of Honor recipient, and then piecing together an incredibly complex story, of which, his family only knew bits and pieces.

Growing up in India & China, the son of missionaries, Carter seemed to always know that being a soldier was his career path. As a young man he fought with China against the Japanese, and was also a veteran of the Spanish Civil War. Upon returning to the United States, he enlisted in the United States Army in September 1941. He was a passionate and dedicated soldier, well-respected – a soldier’s solider. It was for his actions at Speyer, Germany on 23 March 1945, that he was awarded the Distinguished Service Cross, Bronze Star, and Purple Heart, and ultimately awarded the Medal of Honor. He was honorable discharged in 1945.

The Medal of Honor was really only the beginning of Sgt. Carter’s story. What indelibly shaped his life and his career was encountering the blatant racism and segregation of the time through which he lived. He was also blacklisted from a further career in the Army during the red scare of communism, due mostly, to his upbringing in Asia and his time with the militaries of other countries.

I was wearing my uniform and my combat infantryman’s badge, so they knew I was a soldier returning from the war. I was proud of having served in the Army, but then I came back to this. That really broke my heart. I could have been killed for my country during the war, and I came back and couldn’t walk through the front door of a public bus station. That was a disgrace.

Sgt. Edward A Carter. Jr. in a letter to his wife, about an encounter with police in Atlanta in 1945.

Lastly, this is the story of a daughter-in-law, who with great tenacity and perseverance, set out to clear a hero’s name and tell his story, so that he and others like him would be given the respect and honor they greatly deserve.

Sgt. Carter’s life story was so fascinating, and Allene Carter’s writing so captivating that I couldn’t put the book down. Honoring Sergeant Carter is one of the most moving books I’ve, personally, ever read and I cannot recommend it enough.

See other Books We Recommend