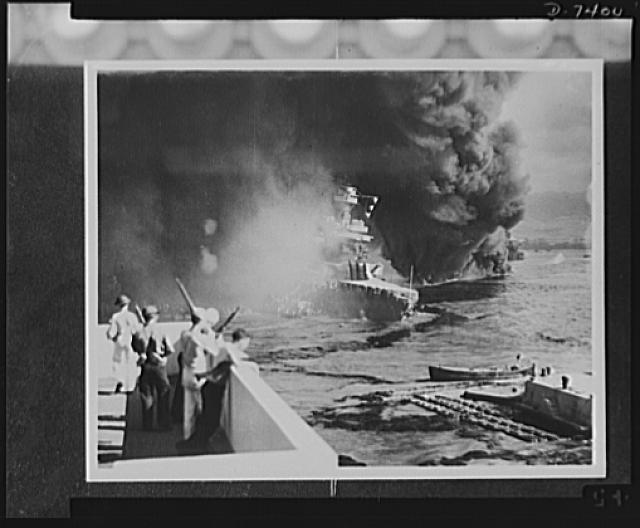 Remembering The 77th Anniversary of the Attack on Pearl Harbor

“Yesterday, December 7th, 1941 — a date which will live in infamy — the United States of America was suddenly and deliberately attacked by naval and air forces of the Empire of Japan…”

U.S. President Franklin Delano Roosevelt
Opening lines of the “Infamy” address to Congress on 8 December 1941, asking for a declaration of war against the Empire of Japan.

Today we remember the the 77th anniversary of the Japanese attack on Pearl Harbor, and the 2,403 lives lost that day – nearly half of which were aboard the USS Arizona.

We also remember those who survived the horrors of that day, and also its’ heroes.

Finding his battle station destroyed, Doris “Dorie” Miller, Messman 3rd Class aboard the USS West Virginia helped tend to his mortally wounded captain, then manned an anti-aircraft gun (and despite having no training on the guns due to the segregation of the Navy) is credited with shooting down 2 Japanese airplanes. When he ran out of ammunition and the ship was again torpedoed, he continued to help his fellow crewmen to safety until the order was given to abandon ship. Dorie Miller was the first African-American to be awarded the Navy Cross for his courageous conduct, and was one of the first heroes of World War II.

We encourage you to take a moment today to visit the Veterans History Project, and watch or listen to the accounts of some of the Pearl Harbor survivors who later shared their stories for posterity.