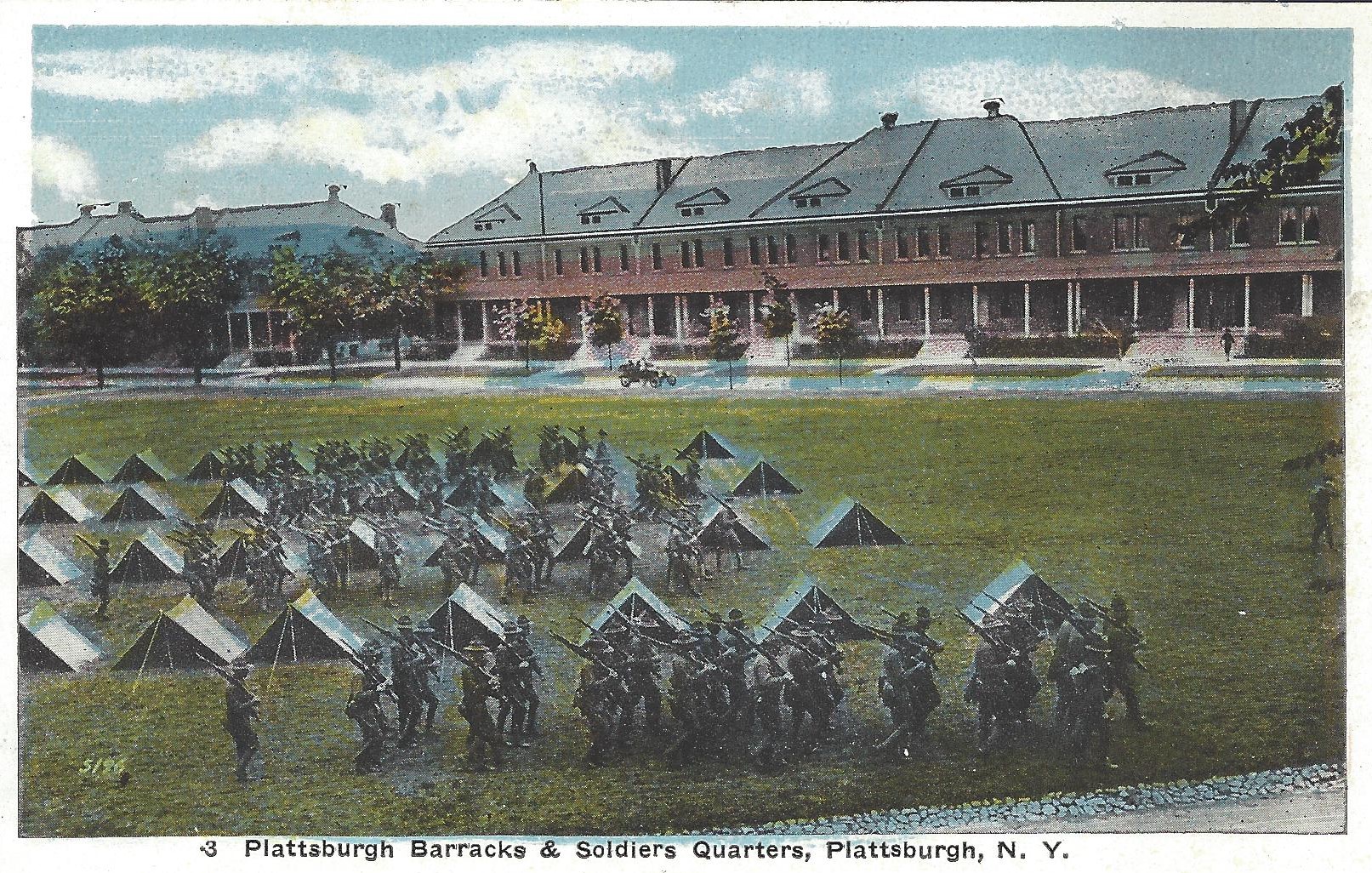 Plattsburgh Barrracks dates back to 1814 and was developed out of the necessity to secure the village of Plattsburgh, New York. The War of 1812 and the Battle of Plattsburgh factored into the decision to construct a military installation that remained active from 1814 to 1995. First by the Army, and then by the Air Force.

Construction began in 1838 to build the necessary barracks, officers’ quarters, hospital, etc. Although most of the complex has been demolished, the “Old Stone Barracks,” a brick powder magazine, and the old post cemetery are still standing.

The Plattsburgh Idea, the predecessor of the ROTC, was designed to provide civilian military preparedness and was enacted prior to World War I.

Thousands of men were trained for their generation’s war at Plattsburgh Barracks.

In 1953 Plattsburgh Air Force Base took over operations and continued there until 1995.

Do you have a connection to Plattsburgh Barracks? We would love to hear your story.