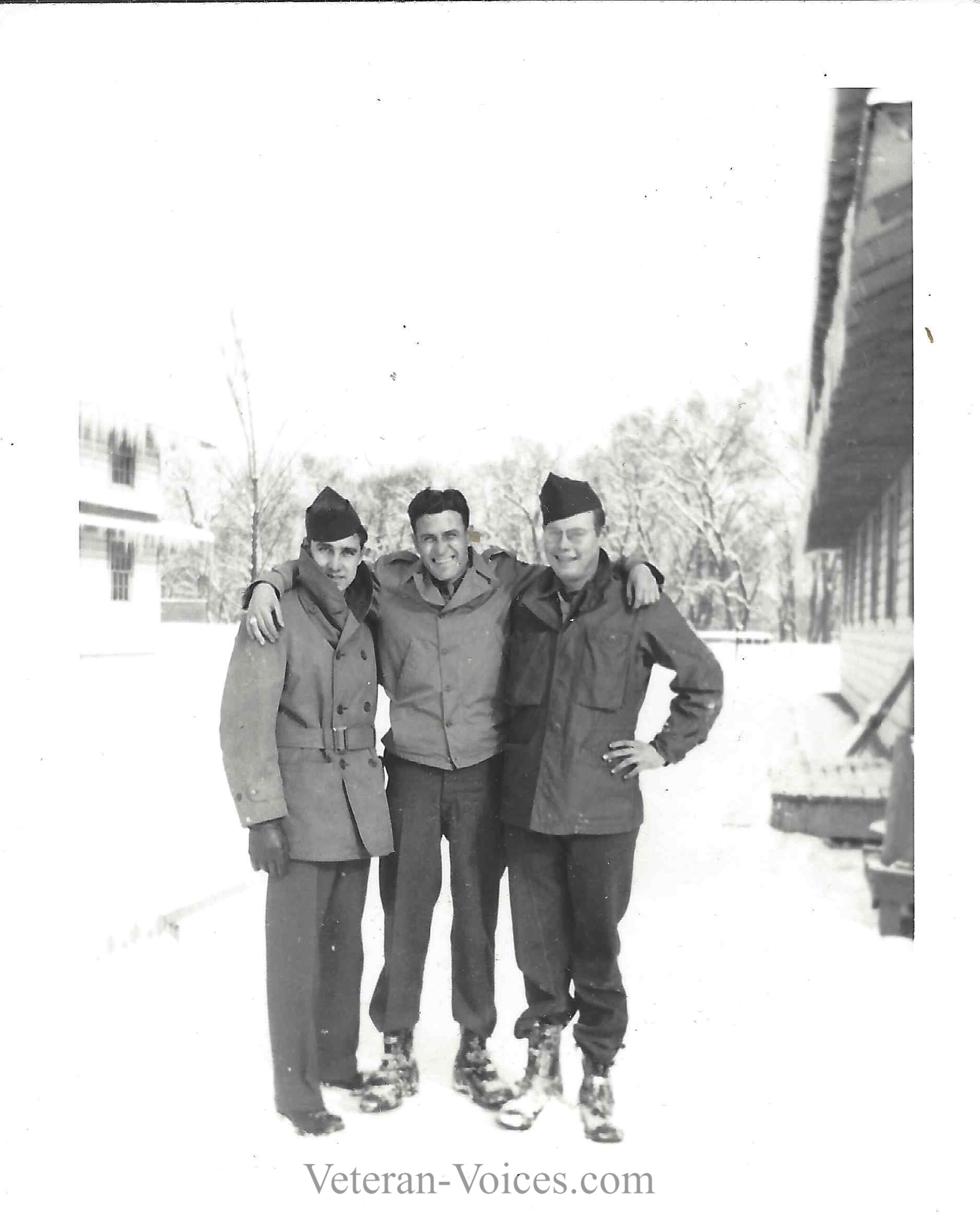 This set of Veteran Snapshots features soldiers of the Fourth Army in the snow.

The photographs are unlabeled, but the shoulder sleeve insignia of the Fourth Army (at right) is visible on the jackets of a few of the men.

During World War II, the Fourth United States Army was headquartered within the continental U.S., and had no combat record. Its main objectives were training troops for combat, and the defense of the Pacific coast. From August 1944 – January 1945, 14 divisions and many additional units attached to the Fourth Army departed for reassignment overseas, many in the European Theater (ETO).

The uniforms and the Technician rank insignia, date these photos between 1942 – 1945.

Veteran Snapshots is a feature that showcases snapshots and photographs taken by veterans through the years. This unique view allows us to see the veteran’s war experience through his or her own eyes. These photographs are part of our own collection, purchased (although we argue the word is rescued) from antique stores and online sellers. Many of the photographs are not labeled with any information, but our goal is to find details within each photo that will help to identify the subjects, and reconnect the photographs to family members.