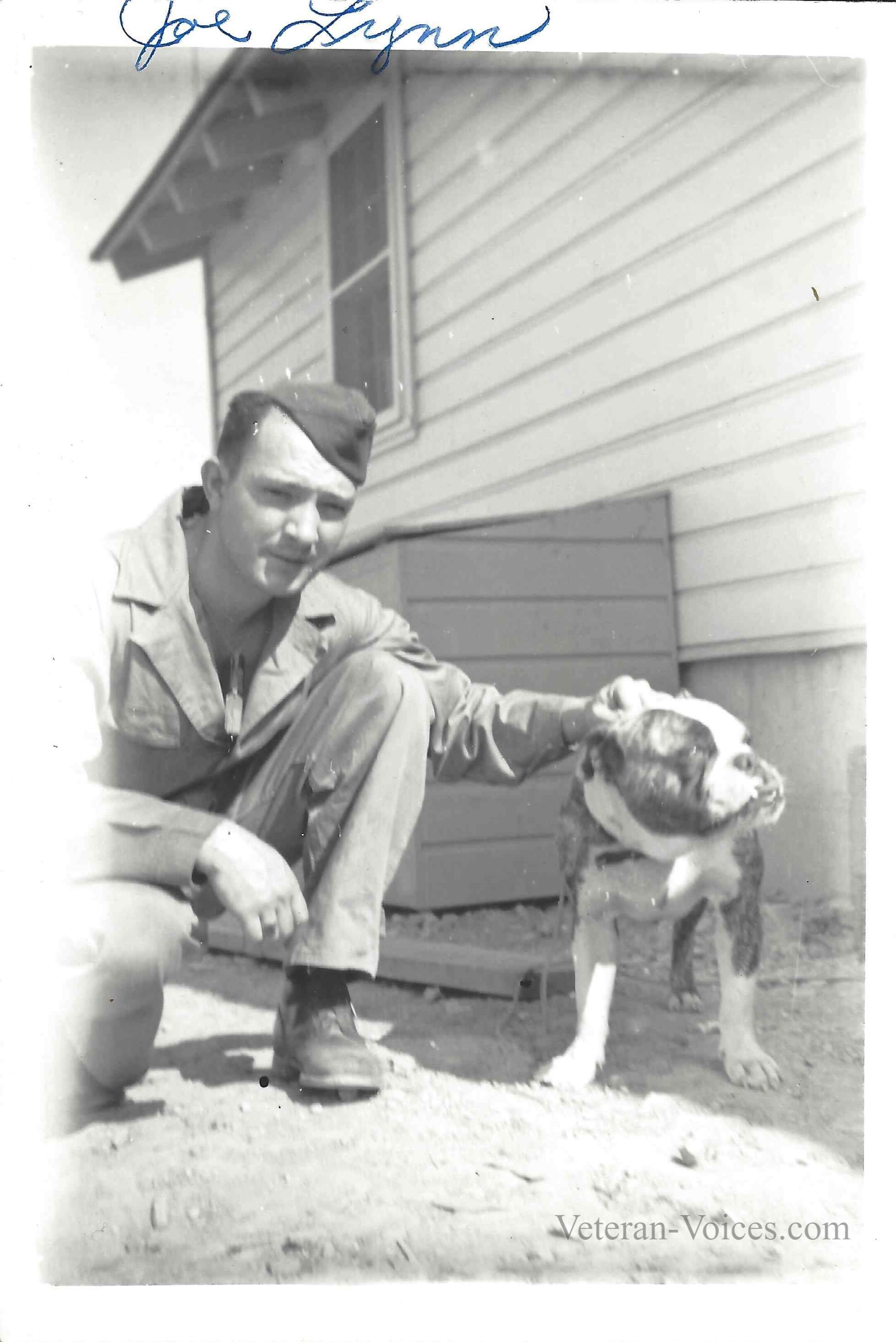 Ellery Joseph Lynn is featured in today’s Veteran Snapshots post. The photographs shown below only contained his name and a few handwritten notes. However, the information was enough to begin to piece together his story.

Ellery Joseph Lynn was born 27 August 1914 in Pennsylvania, the son of Ellery Thomas Lynn and Anna Marie Quinn. He had three known brothers: Howard, Clayton, and Paul, and one sister: Grace Louise Lynn.

“Joe” enlisted with the Michigan National Guard, at the age of 18, on 11 July 1933. And according to the National Guard Register of 1961, his service dates are as follows:

While stationed at Fort Leonard Wood in Missouri, Ellery married Bernice Witkowski. They were wed by Army Chaplain Hubert A. Mains on 28 February 1942.

Joe and Bernice had two daughters.

While no obituary was found for Ellery, a listing for him appears in the Mt. Olivet Cemetery database indicating that he died on 5 March 1969.

Although few records were found in the initial search, we will continue to conduct more research. With a few more pictures left in his collection, look for another post in the future featuring more of his military career.

Photos from the collection of Ellery “Joe” Lynn

Veteran Snapshots is a feature that showcases snapshots and photographs taken by veterans through the years. This unique view allows us to see the veteran’s war experience through his or her own eyes. These photographs are part of our own collection, purchased (although we argue the word is rescued) from antique stores and online sellers. Many of the photographs are not labeled with any information, but our goal is to find details within each photo that will help to identify the subjects, and reconnect the photographs to family members.

Check out more features
from our Veteran Snapshots series.