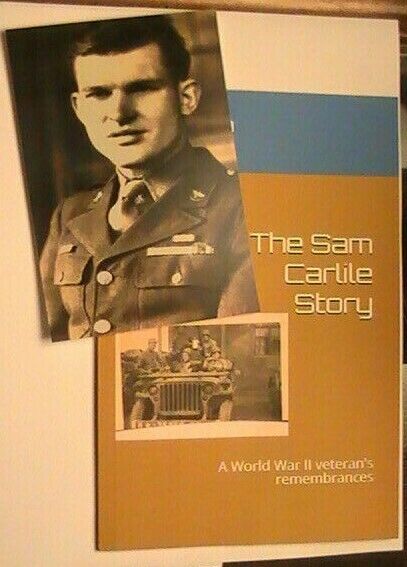 I came across The Sam Carlile Story – A World War II Veteran’s Remembrances on eBay and immediately ordered the book, which came with a signed photograph. I was thrilled when I received a message and recent photographs from Mr. Carlile through eBay!

Mr. Carlile is a World War II 8th Air Force Veteran. His military career began like many young men from that Greatest Generation. At seventeen-years-of-age, he headed to the recruiting station on 8 December 1941. The shock and horror of the attack on Pearl Harbor made for long recruitment lines. Men and women alike, joined the fight in various roles at home and abroad.

To learn more about Mr. Carlile’s experiences during World War II, order a copy of The Sam Carlile Story – A World War II Veteran’s Remembrances from his eBay shop. Proceeds from the book go to support the ASPCA.

And to Mr. Carlile, thank you for sharing your story and thank you for your service. I am honored to make your acquaintance. – Karen